Oleg Andreev - Why I think hysteria about block size is ... 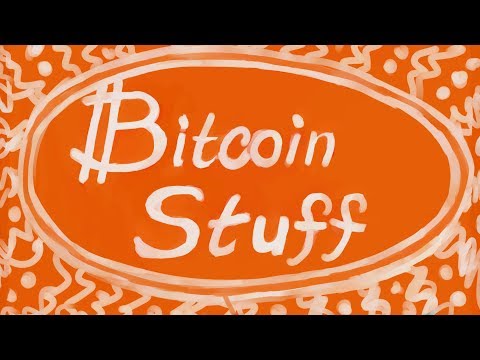 Oleg Andreev on Apr 13 2017:
(This is a sketch, not a fully-formed proposal, just to kick off the discussion.)
Confidential Transactions (by GMaxwell & Poelstra) require a new accounting model,
new representation of numbers (EC points as Pedersen commitments) and range proofs
per number. Setting aside performance and bandwidth concerns (3-4Kb per output,
50x more signature checks), how would we deploy that feature on Bitcoin network
in the most compatible manner?
I'll try to present a sketch of the proposal. I apologize if this discussion already
happened somewhere, although I couldn't find anything on this subject, apart from Elements
sidechain proposal, of course.
At first glance we could create a new extblock and transaction format, add a protocol to
"convert" money into and from such extblock, and commit to that extblock from the
outer block's coinbase transaction. Unfortunately, this opens gates to a flood of
debates such as what should be the block size limit in such block, should we
take opportunity to fix over 9000 of pet-peeve issues with existing transactions
and blocks, should we adjust inflation schedule, insert additional PoW, what would
Satoshi say etc. Federated sidechain suffers from the same issues, plus adds
concerns regarding governance, although it would be more decoupled, which is useful.
I tried to look at a possibility to make the change as compatible as possible,
sticking confidential values right into the existing transaction structure and
see how that would look like. As a nice bonus, confidential transactions would have
to fit into the hard-coded 1 Mb limit, preserving the drama around it :-P
We start with a segwit-enabled script versioning and introduce 2 new script versions:
version A has an actual program concatenated with the commitment, while version B
has only the commitment and allows mimblewimble usage (no signatures, non-interactive
cut-through etc). Legacy cleartext amount can nicely act as "min value" to minimize
the range proof size, and range proofs themselves are provided separately in the
segregated witness payload.
Then, we soft fork additional rules:
The confidential transactions use the same UTXO set, can be co-authored with plaintext inputs/outputs
using legacy software and maybe even improve scalability by compressing on-chain transactions
using mimblewimble cut-through.
The rules above could have been made more complicated with export/import logic to allow users
converting their coins to and from confidential ones, but that would require
more complex support from miners to respect and merge outputs representing "plaintext value bank",
mutate export transactions, which in turn requires introduction of a non-malleable TxID
that excludes miner-adjustable export/import outputs.
The rules above have a nice side effect that miners, being the minters of confidential coins,
can sell them at a premium, which creates an incentive for them to actually support
that feature and work on improving performance of rangeproof validation (e.g. in GPUs).
Would love to hear comments and criticism of that approach.
Thanks!
Oleg.
 original: https://lists.linuxfoundation.org/pipermail/bitcoin-dev/2017-April/014144.html

Bitcoin is the currency of the Internet: a distributed, worldwide, decentralized digital money. Unlike traditional currencies such as dollars, bitcoins are issued and managed without any central authority whatsoever: there is no government, company, or bank in charge of Bitcoin. As such, it is more resistant to wild inflation and corrupt banks. Oleg Andreev Contract for Bitcoin banking transactions. Rohit Tripathy . Follow. Jan 2, 2018 · 4 min read. One of the problems with purchase and sale transactions of Bitcoins is the dependency on ... Oleg Andreev . Software designer with focus on user experience and security. New blog is here: oleganza.com. about @oleganza [email protected] reddit archive rss. October 2. Bitcoin Non-Technical FAQ. Bitcoin is a peer-to-peer digital currency. It does not depend on any particular organization or person and it is not backed by any commodity like gold or silver. Bitcoin is a name for both: the ... A community dedicated to Bitcoin, the currency of the Internet. Bitcoin is a distributed, worldwide, decentralized digital money. Bitcoins are... Oleg Andreev (Stellar) ZkVM: zero-knowledge virtual machine for fast confidential smart contracts SB6-5 play_circle_filled Lloyd Fournier (Independent Researcher) Scriptless Lotteries on Bitcoin from Oblivious Transfer SB6-6

This is my HOW TO SETUP BITCOIN MINING AT HOME 2018 setup tutorial in details part 1 of 3. In this video episode 1 I am explaining in details how to setup home mining for bitcoin and hardware ... This video is about HOW TO SETUP BITCOIN MINING AT HOME 2018. This is episode #2. Software. In this video I am explaining in details how is my home mining se... Oleg Andreev's article "Proof that Proof-of-Work is the only solution to Byzantine Generals' problem" https://gist.github.com/oleganza/8cc921e48f396515c6d6 This is a video of an Asic Jalapeno bitcoin miner mining on bitminter client. I do not own the rights to any product from nor represent Butterfly Labs or Bitminter as companies in any way shape or ... E779: Brian Armstrong Coinbase &Tim Draper: crypto matures, ICO v VC, fiat end, bitcoin resiliency - Duration: 53:12. This Week In Startups 15,092 views